Menu
Log in
Navigation
Install the app
More options
Contact us
Close Menu
You are using an out of date browser. It may not display this or other websites correctly.
You should upgrade or use an alternative browser.

Is raw diet safe for a dog that's not optimized yet?

Raw dog food is safe for a healthy dog. I don't question that. But what about for one struggling with chronic inflammation, as seen in Bobby who's battling seasonal allergies/inflammation (his inflamed ears--which unfortunately weren't resolved by the holistic methods I tried for the last month or two--became fully infected and his BEAM dipped massively this morning). His BEAM is back on track (after a trip to urgent care and a dose of Baytril in his ears. He was suffering, so I chose conventional remedies.), but obviously the underlying issue is still there, which I'll continue to work on. But if his ears are susceptible to bacteria overgrowth, what about the rest of him? Would it be better for me to switch back to fresh cooked until he's more balanced and has a stronger immune system?

DanielleDL said:
But if his ears are susceptible to bacteria overgrowth, what about the rest of him? Would it be better for me to switch back to fresh cooked until he's more balanced and has a stronger immune system?
Click to expand...

You're so right that his susceptibility is key.

However, lightly cooked is fine to use (tho no cooked bones).
Dr. Jeff

Thanks for the input @Dr. Jeff !

Where can I find more info about the vitality of raw food?

Just to clarify... This statement indicates that Bobby IS at increased susceptibility of bacterial harm via raw diet right now? Is that correct? I need to know, because I really can't take any risks right now (I am not a lucky person).

FYI, Been reading more about raw vs cooked feeding and from the looks of it, cooked feeding, while still an decent option, might be more inflammatory than raw feeding (and obviously Bobby doesn't need any more inflammation). I take comfort in that SFRAW has extremely high ingredient and handling requirements.

DanielleDL said:
Where can I find more info about the vitality of raw food?
Click to expand...

Another great, but un-answerable question!

Sadly at this time the answer is that the main place to learn more about the "hypothetical" vitality of fresh and raw food is at HA!

I think that's about to change...


DanielleDL said:
Just to clarify... This statement indicates that Bobby IS at increased susceptibility of bacterial harm via raw diet right now? Is that correct?
Click to expand...

Correct. The extra vitality is worth the risk IMHO. However, you can't go wrong with lightly cooked.
Dr. Jeff

@Dr. Jeff - I'm currently reading your paper on Vitality and Balance. I really like it. I'm not all the way through it yet, but I was wondering how/if vitality manifests in quantum physics. I ask, because during one of our monthly HDMDs you and I were discussing how to get this kind of information into the mainstream. I've been thinking about that question ever since you brought it up, and, for me, sometimes stigmas or negative past experiences attached to certain terminologies/modalities deter me from truly embracing something in the present (ex., I'm skeptical of Ayurveda and TCM [for reasons explained below], but quantum physics--which is also considered woo by many--sparks my curiosity instead of my skepticism, and I think they're all related. Potato, patata.)

I believe that most of my current skepticisms come from that I used to be a fervent Hay House fan, until I read that Louise Hay got a face lift, something I felt was very superficial and counterintuitive to everything I felt she and Hay House publications stood for (thus the disowning of Ayurveda, TCM, and others. Maybe not fair to disown them all because of a potentially bad apple--the head apple, if you will--but unfortunately they've become triggers). Point is, a large spiritual area of my life had become tainted (for life apparently), making me hesitant to a lot of what I'm really, really trying to embrace here.

Quantum physics, however, has not become tainted for me (yet?), so I'm curious as to how to relate quantum physics to vitality and balance and health. It might be an avenue that I can comfortably embrace if it exists (I imagine it would, since a lot of what you discuss in your paper feels very quantum physical in nature. I just don't have the knowledge or vocabulary to explain how they relate because I haven't delved that deeply into quantum physics).

Wow Danielle, thanks so much for making your awe-some post and for starting this thread!!

Thanks as well for reading the VBS article.

Hmm, I had not heard that about Louise Hays. What's your source?

Tho I do think that her character does not reflect directly on the sciences of Ayurveda, TCM, homeopathy and vitalistic medicine.

Fantastic point about quantum physics. It is a paradigm that homeopaths have been living in and talking about for a long time. However, it's not yet a major part of medicine (the way it is becoming in biophysics).

Dr. Goswani brings a lot of it together in this book:

Dr. Goswani is a self-proclaimed quantum activist and has written extensively about "flat earth" applications of Quantum Physics. His school looks super interesting (to me):

Thank you again for trudging through the paper (check out some of the references in it for the "real" science).

BTW-Speaking of hard science, the Exposome Bootcamp (quantitative molecular individuality and susceptibility) may interest you or someone at the hospital especially if they are focused on treatment of people with dis-eases from environmental exposures.

Registration is open! Join us for the next live-stream Exposome Boot Camp on July 21-22, 2022. The Exposome Boot Camp is a two-day intensive boot camp of seminars and hands-on analytical sessions to provide an overview of concepts, techniques, and data analysis methods used in studies of the... 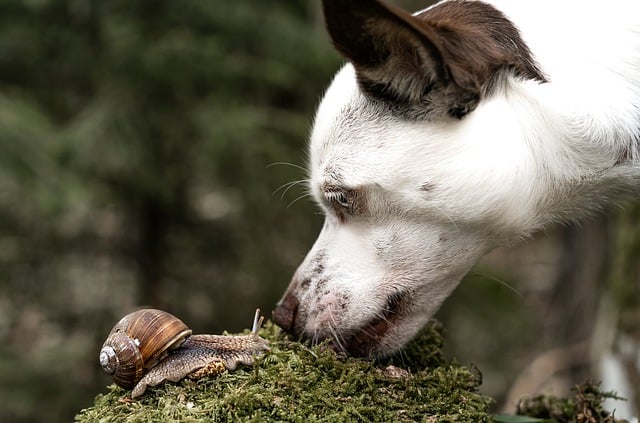 I think medicine is ready to embrace E = mc2, and that modulating subtle cellular energies (which start out as information such as from prayer, love and other strong intentions) effects all symptoms and the ability to maintain balance.

Ok, twice now I've accidentally navigated away from this page and deleted my [lengthy thought out] responses . But I wanted to thank you for all the links and post the source of Hay's mention of having a facelift.

And, no, she hasn't entirely ruined my belief in vitality medicine. She just made me wary of the Hay House authors I read back then (because they all seemed to worship her). Unfortunately, what I read back then about vitality medicine has become triggers now. I wrote much more on this, but, like I said, I lost it. I'm not a totally lost cause, but I'm trying to find the non-triggering paths either within the established vitality medical fields or around it (like through quantum physics or biochemistry, or whatever else I feel comfortable with).

And, yes! I'll be checking out your paper references and posted links. I'm looking forward to that! Thanks again!

You're welcome Danielle, your words are super important to me, so thank you for sharing them.

There are a LOT of people who think the same way as you and I feel super strongly that it's critical to address any core issues about it.

I look forward to continuing this dialogue, both here in the forum as well as when we chat.
Dr. Jeff

This is good to know, and certainly helps put my mind at ease about Bobby: Organic Meat Less Likely To Be Contaminated with Multidrug-Resistant Bacteria, Study Suggests

Kasie from SFRAW also sent me a lovely and reassuring email too. FYI, @Dr. Jeff , if you don't know already, you (and HolisticActions!) are on SFRAWs referral list for holistic vets. I saw your name and told the cashier (Maria), "Hey! I talk to him almost every day! Dr. Jeff is great!" It's nice to see the universe confirm that you're barking up the right tree.